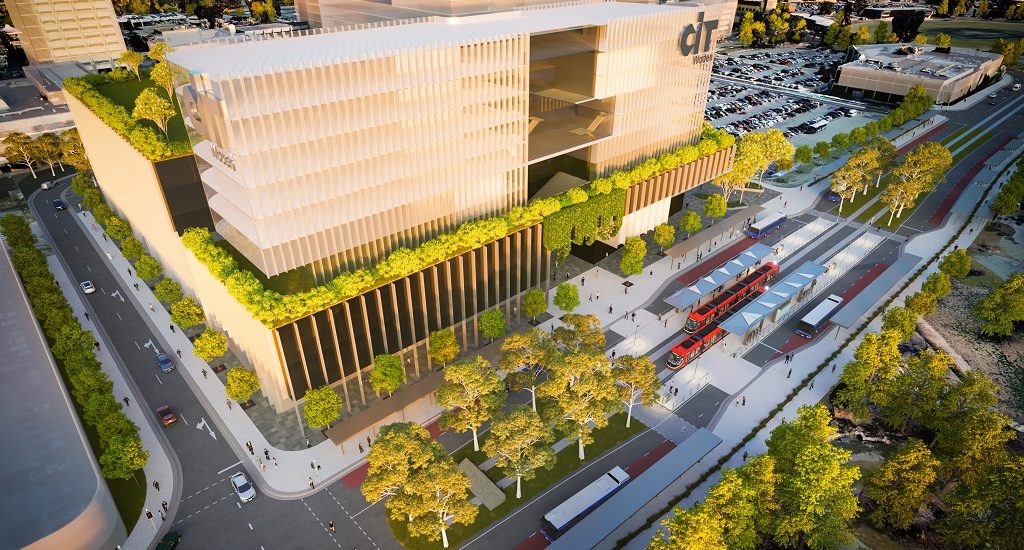 VLC was engaged by Major Projects Canberra to determine infrastructure requirements for the planned public transport interchange in Woden, including construction, staging and end state.

VLC was engaged by Major Projects Canberra to determined required bus stop and layover infrastructure for a new bus and light rail interchange in Woden, a major transport hub, future, light rail terminus and transit orientated development site. This work entailed reviewing recent and proposed changes to the bus network, as well as working with Transport Canberra to determine future bus network frequencies and anticipated changes to the network to integrate with the extension of light rail to Woden. The resulting bus volumes would be used to identify how many bus stops / bays will be required at the interchange as well as for bus layover and driver breaks and to review plans for stop configuration and layover sites. Additionally, Major Projects Canberra sought to determine how the interchange would be operate during construction (of the interchange), prior to delivery of Woden Depot, during light rail construction and post light rail delivery.

VLC worked with Transport Canberra to determine the expected bus volumes for Woden Interchange for the near term (existing network with planned 2020 network changes), middle term (expected service level increases through the mid-2020s) and long term (with light rail extended to Woden), including development of bus network assumptions to integrate with the City to Woden light rail extension. These network assumptions were then used to determine the number of bus stops and bus bays required for the interchange in each of the horizon years, as well as the number of layover spaces required. Designs for the proposed interchange were then reviewed with the requirements in mind and recommendations made for adjustments to ensure the new interchange is fit for purpose. The initial work took place in March 2020 and was updated in September 2020 to factor in changes to assumptions around the design and footprint of the interchange. A final round of work was completed in September 2021 to consider staging of delivery of the interchange, including how the existing interchange would continue to operate while the new interchange is under construction, and how the new interchange would operate prior to completion.