VLC was engaged by Brimbank City Council to understand how two park ‘n’ rides within their LGA were being utilised, specifically whether their use was to access public transport or instead nearby land uses such as shopping centres. Council were also interested in where car park users came from (without or outside their LGA), and whether rips originating within walking or cycling distance.

The client request for the following analysis to be carried out:​

2. Onward use of the carpark  – Where users travel after being located in the train station carparks.​

Both carparks showed a typical Suburb-City commuter pattern of travel. Of the devices that were observed within the station carparks, the majority began their trips around the station in the morning, and began their trips in the CBD in the evening. This is then mirrored in the return trip destinations in the PM peak. ​ 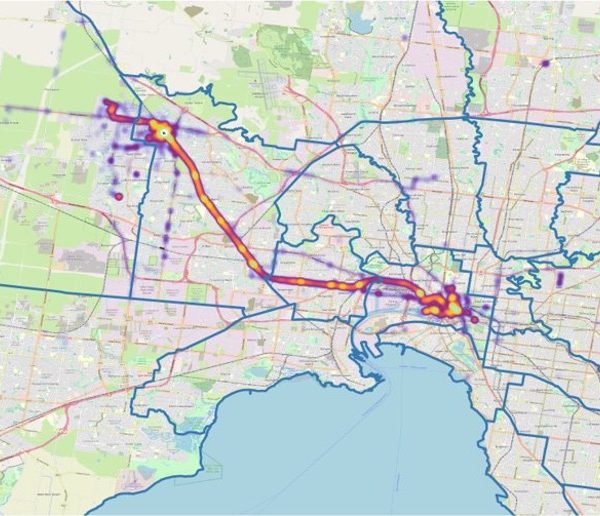